In the village of Masgot,

Nicole is almost a part of the heritage, a fan for more than 20 years of François Michaud who made the famous sculptures. He immortalized in granite animals, characters and settings that make it easy to identify his properties. But François Michaud has been dead since 1890! A hundred years later, the association “Les Amis de la Pierre de Masgot” undertakes the valorization of his work, the village and this know-how, in particular through Nicole.

Nicole is not from the Creuse, but she arrived in the department when she was still a young woman! Love made her stay there but also the way of life she was able to adopt. Loving nature, she cultivates both her garden and her circle of intimates. She enjoys being able to settle down with a good book in the shade of an old tree, to walk along the paths without seeing any humans or to take out a piece of stone and carve it at her own pace, just for the fun of it.

This passion, Nicole is lucky enough to make a living out of it and most importantly, to share it. Animator at the association “Les Amis de la Pierre de Masgot”, she is now completely part of the village stones, as a cornerstone, of course! School children, secondary residents, those in retirement homes, therapeutic structures, vacationers … everyone knows her.“Nicole! The lady with the white hair and the colored glasses? Ah yes! We cut the stone with her!”

Yes, Nicole is the lady with the white hair and the colored glasses. But she is much more than that.

Thanks to Nicole, in this land of granite and masons, it is almost impossible not to “try” stone cutting or carving (even if the initiations are done on limestone, softer). It has given rise to passions, allowed some to express themselves, others to value themselves (I am capable!). It wove bonds and smiles on the concentrated faces.

Patience, attention to detail, listening are the qualities she deploys in workshops. Over the years, Nicole has met expectations, followed the fashions and advice of her colleagues, trained herself to offer a range of workshops and animations on stone, accessible to all.Yes, she loves stone but we can only note that she loves humans, above all else!

Thank you Nicole for your generosity, your patience and your sense of pedagogy. You teach us that nothing is impossible. You show us that deep down, we have the strength to succeed. You give us the desire to create and that is so good. 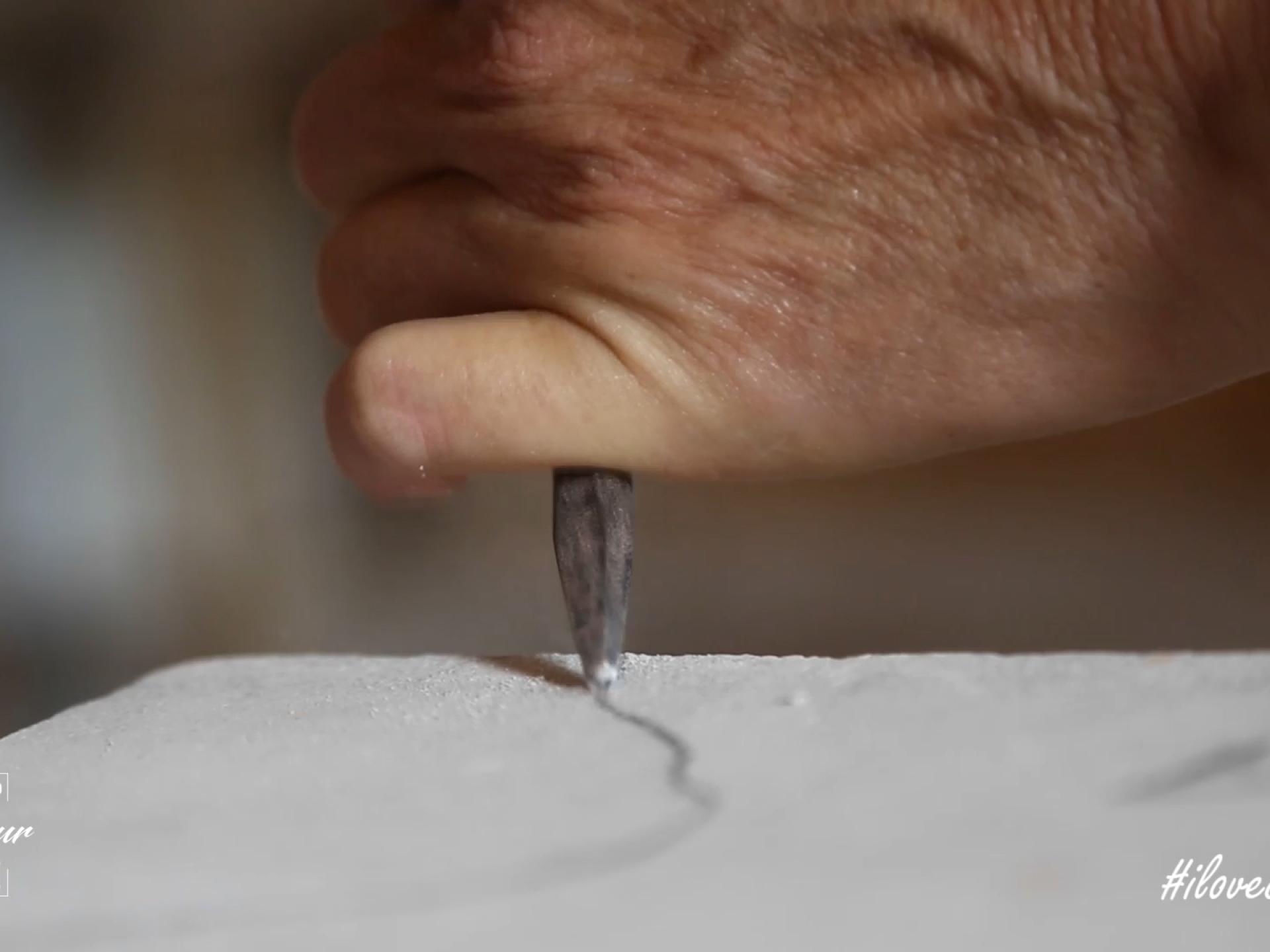 was until a few years ago a forgotten village. Francois Michaud’s sculptures, buried under vegetation and often damaged, were known almost only to people in the village. These works owe their return to life to the mayor of Fransèches, Mr. Daniel Delprato, who was also a professor of carving at the National School of Building Trades in Felletin.

He had noticed the value of the carved and sculpted work of the village of Masgot. With the inhabitants of the hamlet, he decided to clean and renovate these sculptures, which are now in their original place. They then founded the Association of Friends of the Masgot Stone in 1987. It is open to all and today has about 100 members. Its objectives are the safeguarding of the work of François Michaud and the mediation of this sculpted heritage: tourist reception, visits, events, sculpture workshops, reception of schoolchildren and leisure centers ….

Masgot is a human adventure that is built on a daily basis with the inhabitants of the territory. The desires of each other propel your association towards various and varied paths through the organization of events, the convivial moments are not lacking. In fact, this human wealth, these social ties and this joy is our fuel.

Géraldine, the woman who whispers in the ears of donkeys
Géraldine lives close to the nature that surrounds her. She bakes her bread, grows her garden, harvests her eggs and above all, she raises donkeys that accompany you on your hikes!
Read more
The way of the cross of Claude Royère
When you love hiking, you love nature, landscapes and the heritage along the paths. It tells us so many stories...
Read more
Gabriel Chabrat, a colorful artist
Gabriel Chabrat, the artist who gave a new life to the church of Sous-Parsat. A simple and passionate artist and a lover of the Creuse.
Read more
Nelly, the zen attitude we need…
With her association Perséphone, Nelly sets up workshops or thematic days: the changes of seasons, eyes and sight… These are beautiful opportunities for sharing and...
Read more